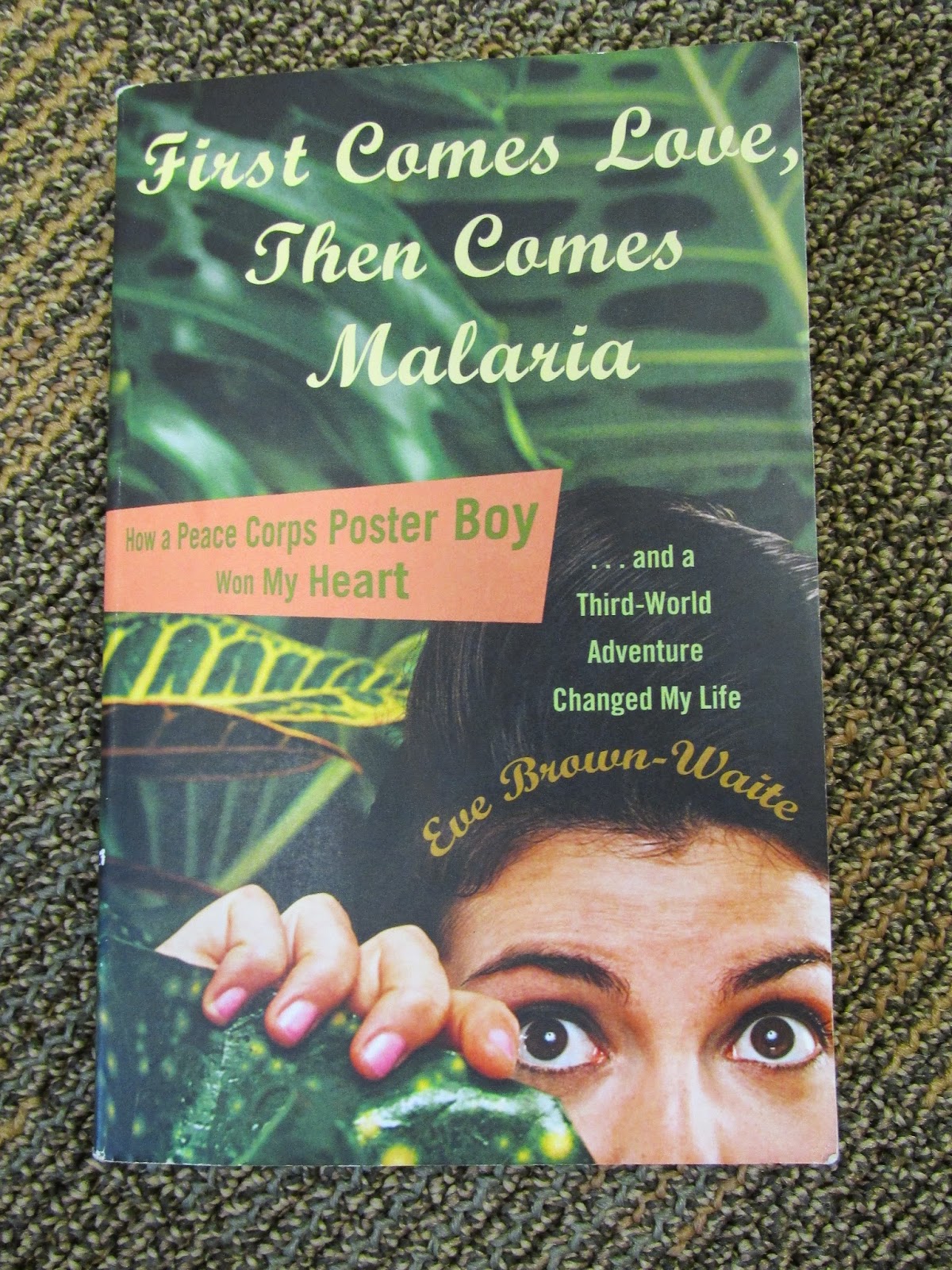 I have to admit I was a little disappointed at first that this book wasn't more about the Peace Corps. It's a memoir about Eve Brown-Waite's life as an American expatriate in Uganda mostly, but she does have a short Peace Corps stint in Ecuador at the beginning of the book. I loved the book at any rate.

I think Eve Brown-Waite is a wonderful story teller. Her writing is candid and unapologetic as she describes her misadventures abroad. I was literally laughing out loud throughout the book. I really enjoyed it. It's a good book to read if you are interested in learning a bit about what life as an American expat is like and even if not the love story alone is worth the read. What can I say, I'm a sucker for a good love story.    ﻿

Posted by Unknown at 7:00 AM No comments:

I Have Won The Jackpot 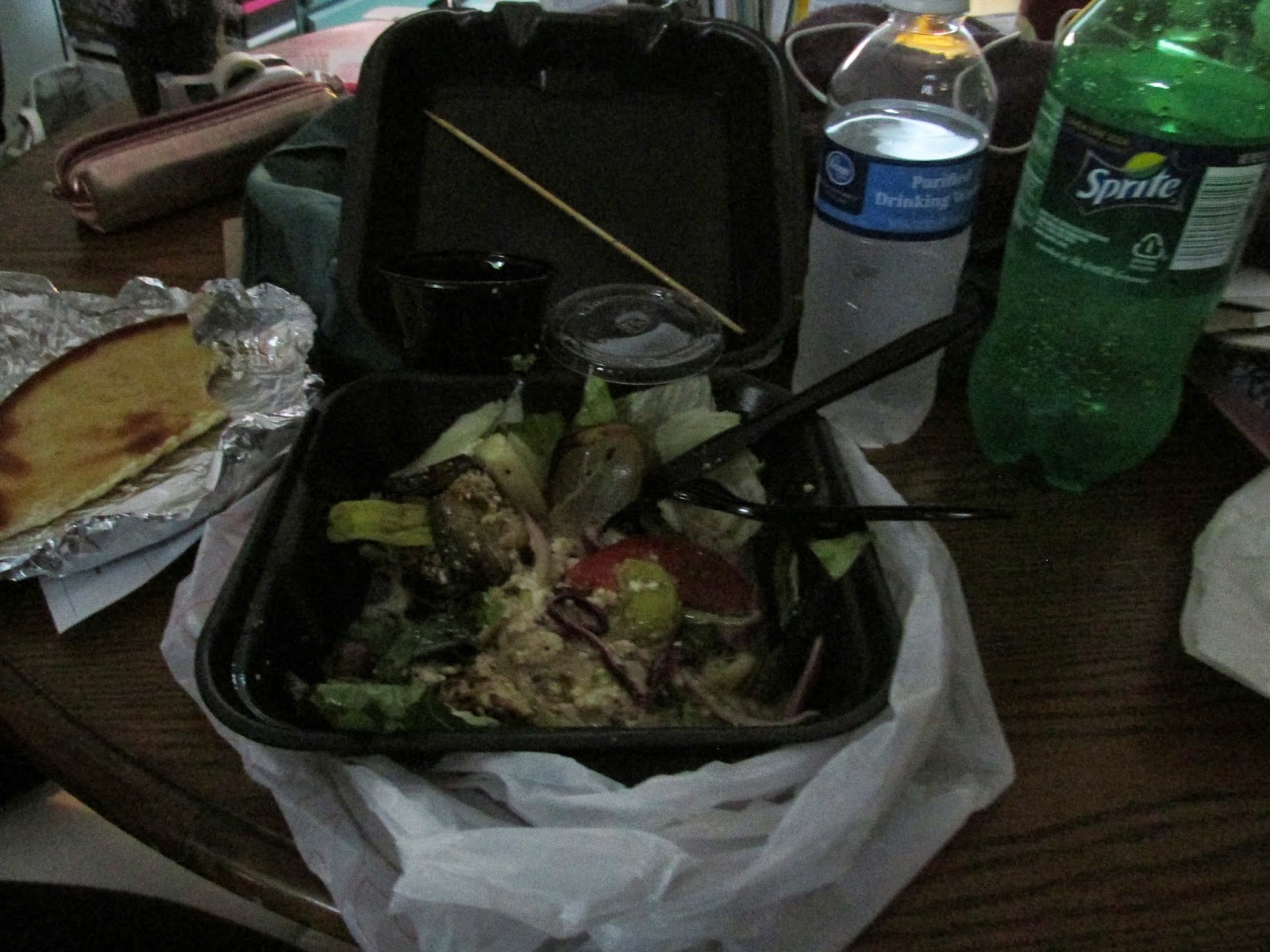 I have won the jackpot ladies and gentlemen. Last night my boyfriend came over to visit with the low-carb chicken Greek salad that I had petitioned and also a pita bread to go with it (I always feel silly ordering those two together). Not only that, he made an extra stop to buy me the Sprite I requested after he had already bought the food because I texted him that I was feeling nauseous and needed a Sprite. And no, no, no, it didn't end there, he actually sat down with me as I ate my dinner and drank my Sprite and watched a couple of Sex And The City episodes with me. Now that's love people, that's love.

Posted by Unknown at 1:25 PM No comments:

My Close Encounter With Bill Maher 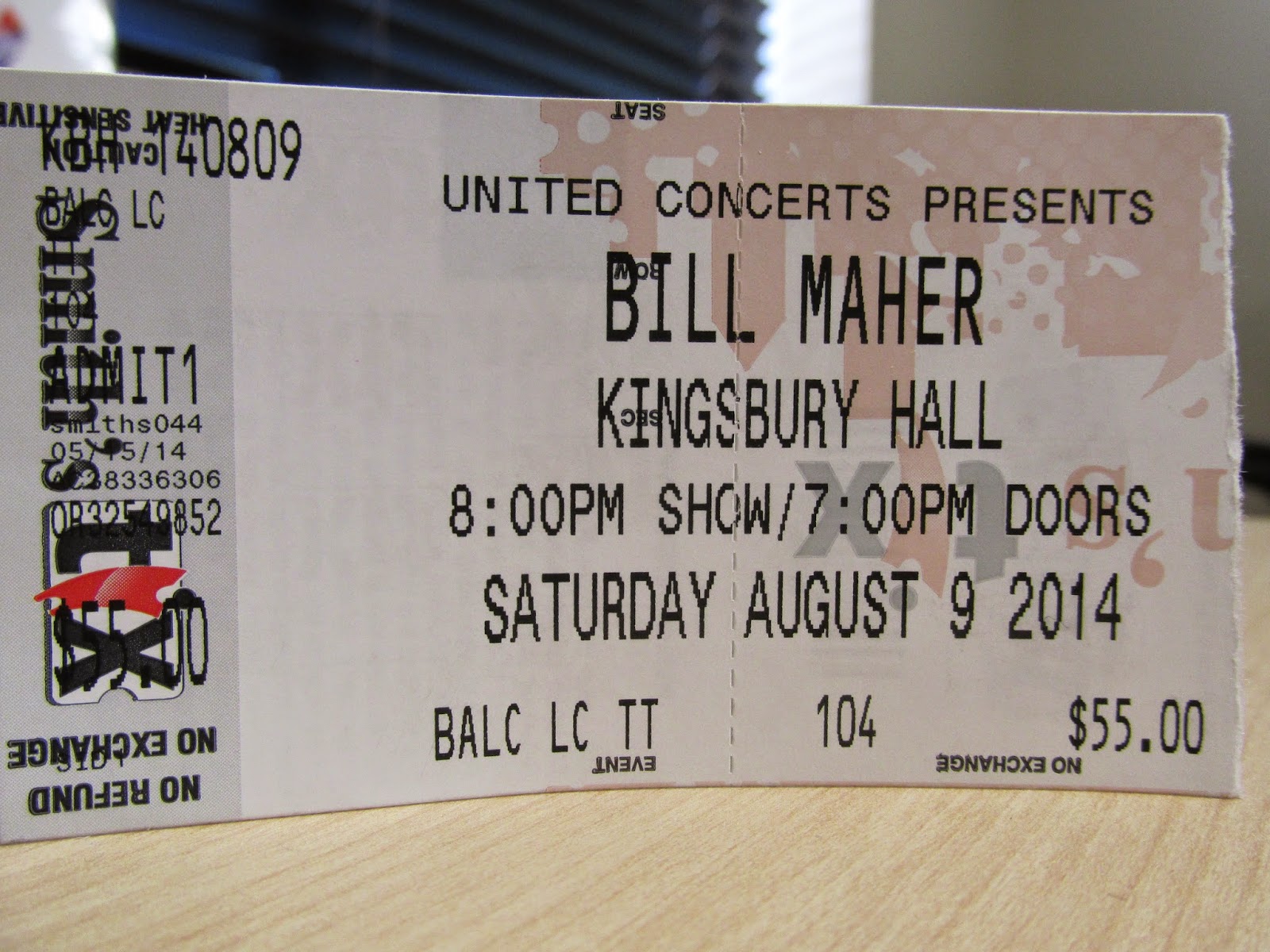 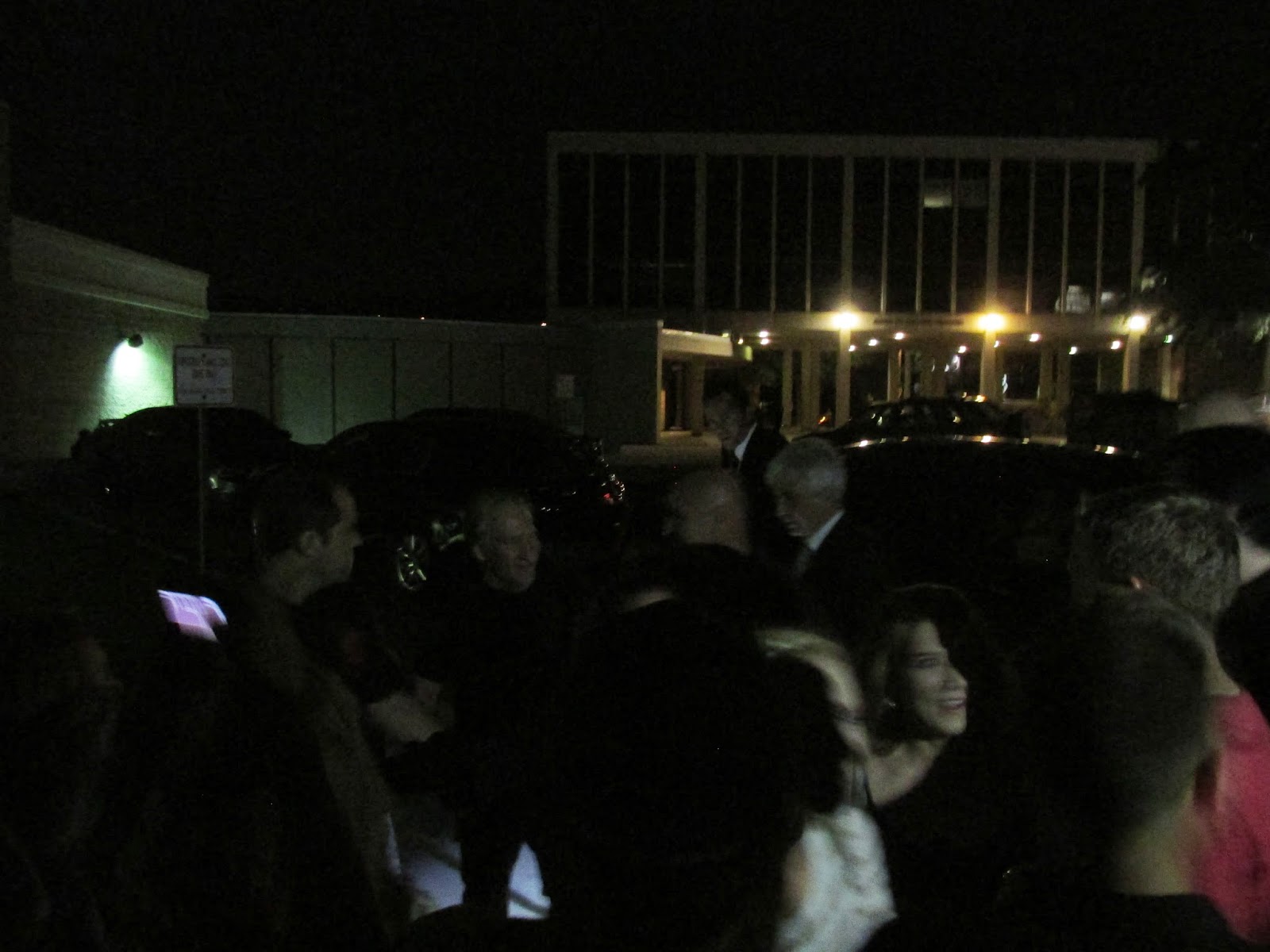 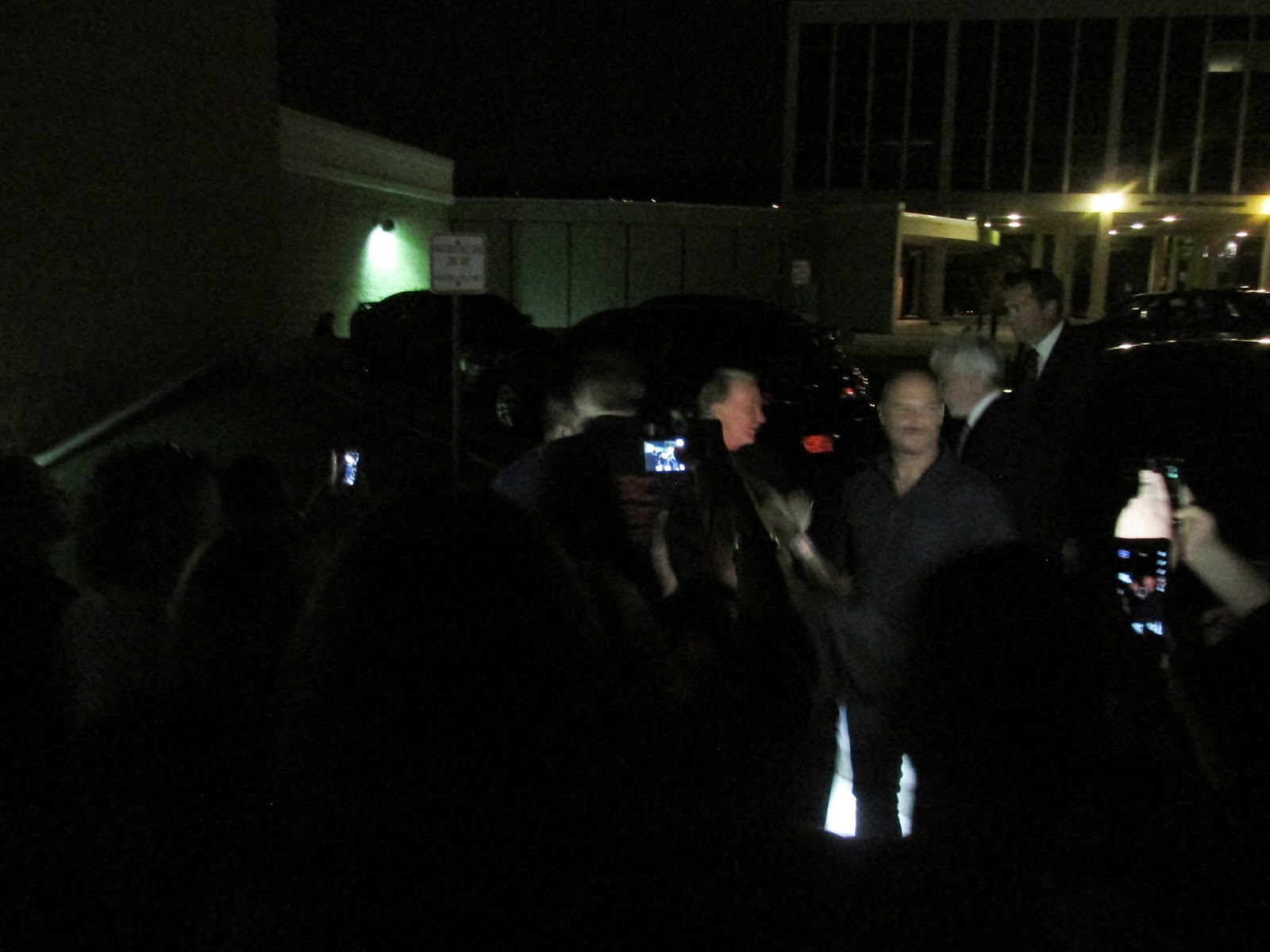 On Saturday my boyfriend and I went to the Bill Maher show at Kingsbury Hall and it was AWESOME! I got the tickets for my boyfriend as a birthday gift a few months ago because we're both fans.

I have been wanting to go to a Bill Maher show for some time now, in fact, it's on my bucket list (crossing that off right now). Sure we didn't have the best seats in the house, but Bill (don't mind the familiarity Bill) did not disappoint. We had a wonderful time and we even had a close encounter (sort of) after the show when we "ran" into him.

As we were walking back to our car we noticed a small huddle of people and a bunch of flashes going off. We got closer and saw that those people were huddling him, Bill Maher! We stood maybe within 10 feet of him and unfortunately only got a couple of far-away, not-so-clear shots of Bill before he got into his town car to leave, but that was enough for me. What a fantastic night and what a perfect ending.

P.S.S. There were close to 2,000 people at the show! Who knew there were so many liberal hippies in Utah?!
Posted by Unknown at 2:25 PM No comments: 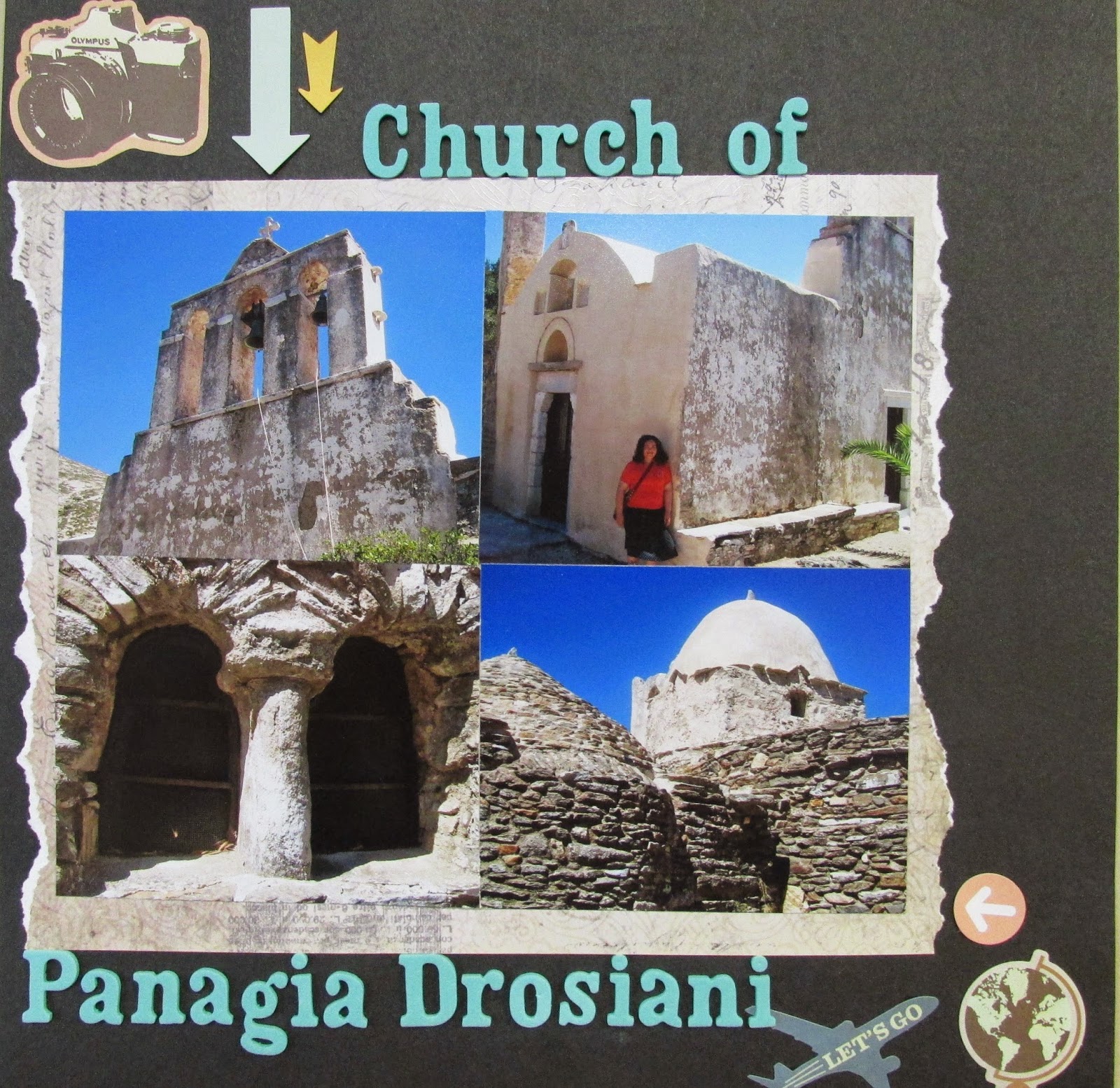 My Panagia Drosiani Church scrapbook page is done! (That's in the island of Naxos in Greece.)